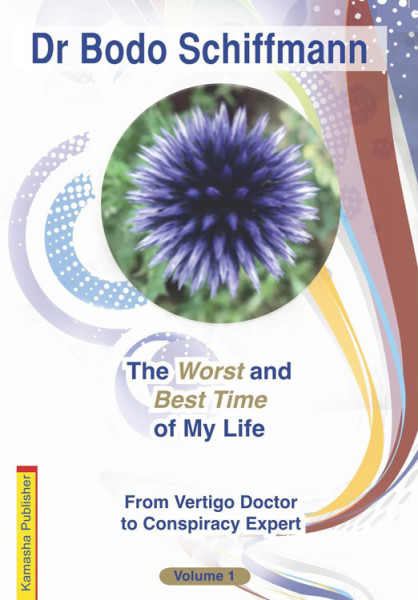 Until the Corona pandemic was declared, Dr Bodo Schiffmann was an internationally and medially sought-after expert on vertigo, ENT and emergency physician, until he began to take away people's fear of corona using scientific facts. Even at the beginning reports on Covid-19, he knew that the media scaremongering and restrictions on people's freedom were not in proportion to the viral disease. After research, he felt obliged to educate people, to take away their fear and to persuade politicians - some of whom were already demonstrably wrong about swine flu - to correct their position, especially since he considered the measures against the pandemic to be very dangerous. However, it did not remain with the one planned video, because his enlightenment was persistently and conspicuously ignored by politics and the media, but was responded to with repression by the authorities. Thus, he had to give up the joint outpatient clinic for vertigo, which was visited by tens of thousands of patients from all over the world, and had to leave his home country Germany with his family. But even this did not stop him from using his voice clearly for the medical facts instead of political-media strategies that were medically incomprehensible to him.

But what exactly drives a successful, media expert and socially recognized vertigo doctor to jeopardise his reputation and livelihood to educate people about Corona and other aberrations? Why is the sought-after ENT doctor so sure that politics and the mainstream media mostly do not act for the good of the the people? How did he recognise that a lot of things have gone wrong in our society, and not just since the pandemic? What can each and every one of us contribute to get out of this crisis to create a better future?

Open, honest and self-critical, Dr Bodo Schiffmann uses his own path of development to shed light on current events in politics, the media and society in his latest book. An enlightening book that informs, encourages, provides tips and touches on a human level - for every person who is ready to make new experiences.